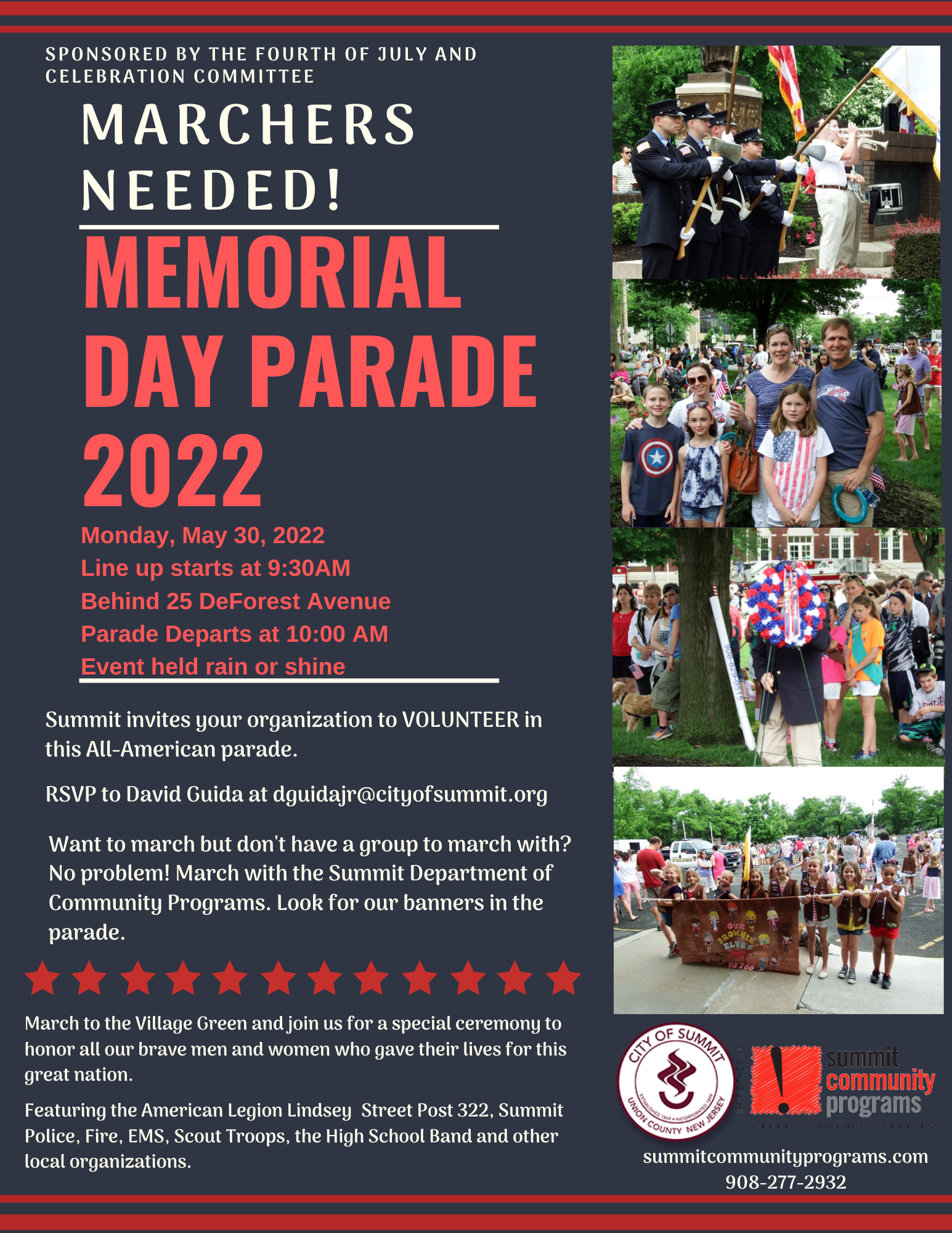 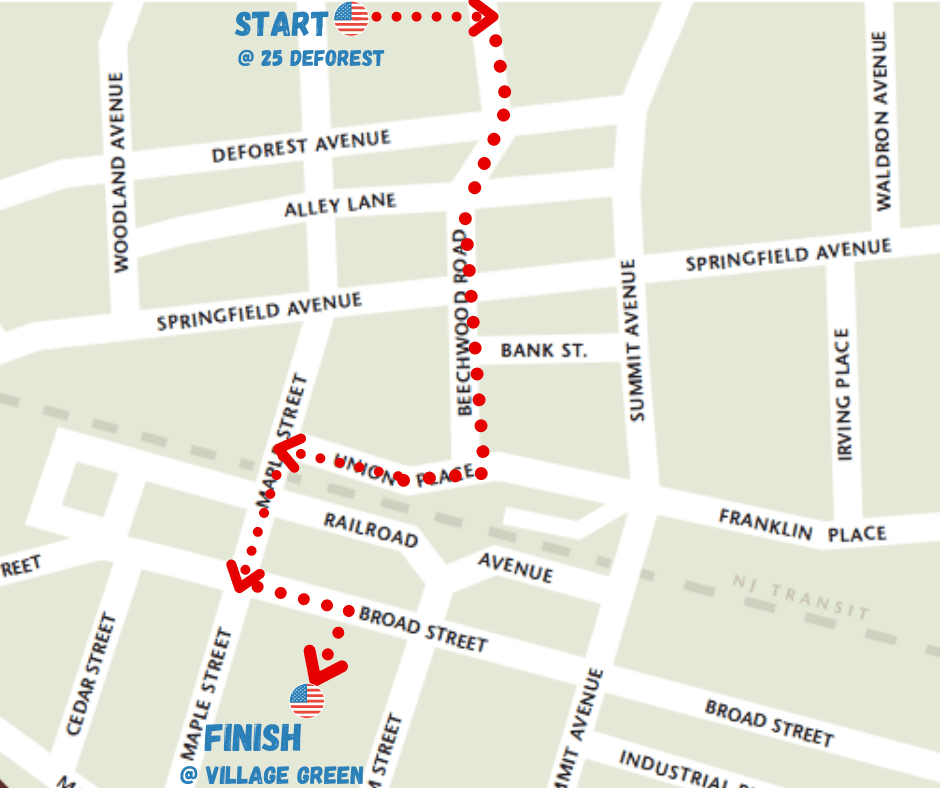 The City of Summit is announcing the annual Memorial Day parade and ceremony will take place on Monday, May 30 at 10AM. The parade will begin at 25 Deforest Ave. and proceed to the Village Green. From the American Revolution up to present day conflicts, the parade honors those men and women who lost their lives in military service to our country.

Sponsored by the Summit Memorial Day Committee and the Summit Fourth of July Celebration Committee, the parade will be led by members of the Summit American Legion Post #322. Summit civic and school groups are encouraged to participate and march along with veterans. The Summit High School marching band, Summit Police Department, Summit Fire Department, Summit Volunteer First Aid Squad, and scout troops will also march in the parade. All organizations participating should line up in the parking lot behind 25 Deforest Ave. at 9:30 am.

Spectators are encouraged to gather on Deforest Avenue, Beechwood Road, Union Place and along Maple Street to the Village Green. Flags will be distributed to the crowd by veterans along the route and donated by local business Annin & Co. Veterans who are unable to march may request a ride in the parade; please meet members of the American Legion at the start of the parade at 25 Deforest Avenue to request assistance.

The ceremony on the Village Green will feature music from the Summit High School marching band, a rifle salute and wreath-laying, and a special performance of “TAPS.” A Summit Veteran Lifetime Achievement Award will be presented by Summit Mayor Nora Radest and followed by readings from local students. All veterans who attend the ceremony will receive a 2022 commemorative coin in recognition of, and appreciation for, their service. Finally, the ceremony will include groundbreaking for the renewal and rededication of Monument Park, featuring a new monument dedicated to war dead of World War 2, Korea and Vietnam and a new monument to recognize those who served during the Global War on Terror.

Free hot dogs and cold drinks will be served on the Village Green courtesy of the Summit Elks Lodge.

To register your organization to march in the 2022 parade, contact David Guida at dguidajr@cityofsummit.org.

RegisterRegister for an activity, see your account's current registrations or edit your account information.Register Now
FacilitiesLearn more about the parks and facilities in Summit, NJ.Find More Information
Open GymFind information about the open gym including membership and schedules.Contact Open Gym
SubscribeWelcome us into your inboxes and into your lives to help us, help you "Share the Fun!".Sign Up for Newsletter
About UsThe Department of Community Programs strives "to provide recreation and other related programs and services which meet the community's needs, with a special consideration for seniors and youth.".Learn More About Us
Community
PartnersThe Department of Community Programs is proud to partner with numerous organizations and corporations throughout the City.Learn More About Us
Government Websites by CivicPlus®
[]